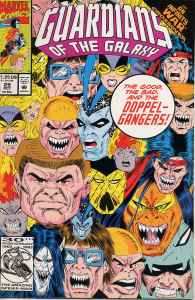 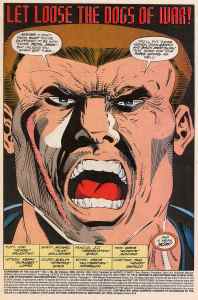 Let lose the Dogs of War was plotted by Jim Valentino, scripted by Michael Gallagher, guest pencilled by JJ Birch and inked as always by Steve Montano and opens with the Guardians of the Galaxy facing off against the 2nd set of Masters of Evil from the last page of issue 28. 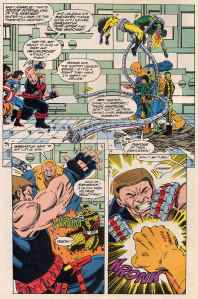 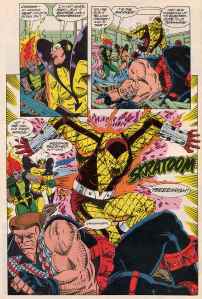 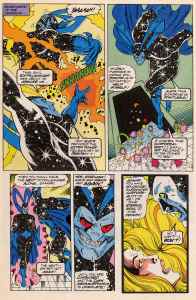 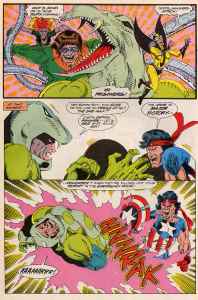 Then dopplegangers arrive (this is an Infinity War tie in after all)  and reluctantly the two teams start to join forces and elsewhere in the building Starhawk and Aleta do the same whilst struggling with Starhawk’s doppleganger. 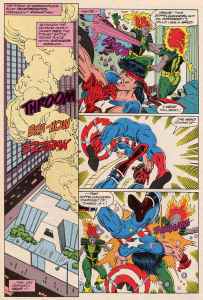 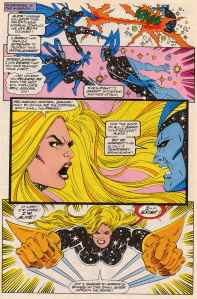 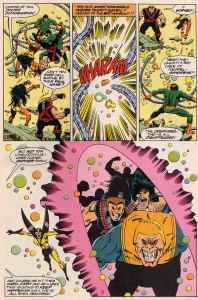 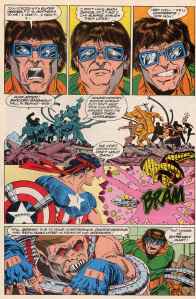 Even after a second group of dopplegangers attack, the team triumph and Dr Octopus tries to have his team take out the tired Guardians. This doesn’t go well with the grateful Masters of Evil, who decide to turn on Doctor Octopus rather than start another fight with their one time allies. 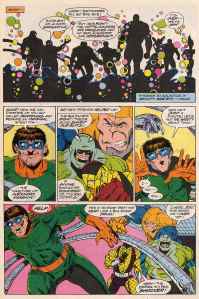 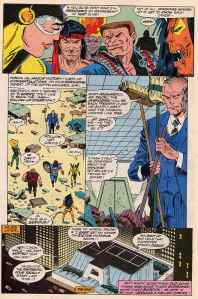 Yellowjacket stays behind and whilst everyone is congratulating themselves, Jarvis returns and points out how much of a mess is left and tells the Guardians to pitch in as they “Can’t leave the mansion looking like this”. So after travelling over 1,000 years into the past, crossing timelines, meeting the Inhumans, beating the Masters of Evil and the dopplegangers, the Guardians are then left cleaning up. And an era ends.

Notes: This was the last plot submitted by Jim Valentino before leaving the title for good. Shortly after this he left Marvel altogether and devoted his time to Image Comics which he co-founded with Jim Lee, Rob Liefeld, Erik Larson, Todd McFarlane and others.

While still not a fan of the art (with Vance’s vanishing jacket vest) it’s still a better fit than Herb Trimpe.

One of my favourite moments in the comic is Vance vs Puff Adder “the name is Major Victory. Remember it when they’re filling out your report in the Emergency Room.”

This is the end of an era and Valentino’s absence will be missed, but there are still adventures to be had.